It's Time To Bury The Hatchet!

Have a friendly rivalry with a friend or family member? Looking to show them who’s boss once and for all? If you think you have what it takes, then look no further!

Blades of Glory Axe Throwing is an exhilarating activity perfect for groups of all sizes. Whether you want to bring your family, your friends, or even your employees, Axe throwing is a great way to bond and let off steam together. Travel back in time and reconnect with your roots through this modern twist on the ancient sport.

2022 reservations are now on open!

We do NOT have walk-ins.  You must have a reservation.

Know How to Throw

While a dedicated Blades of Glory coach will always be present to show you the ropes (as well as some more advanced techniques), these tips should help you to start getting bullseyes in no time.

1. Prepare Yourself
We know your first throw is exciting, but take a deep breath and focus. You've got this.
2. Enter Your Stance
Keep your feet shoulder-width apart, and move you dominant foot forward slightly.
3. Grip The Axe
Hold the axe about 2 inches up from its base, with your thumb wrapped comfortably around.
4. Prepare To Throw
Raise the axe with a firm grip, keeping your wrist locked and the blade pointed right at the target.
5. Throw The Axe
Swing the axe forward in a smooth motion, focussing on keeping the blade pointed at the target.
6. Get A Bullseye!
Release the axe by loosening your grip and following through with your arm.
Previous
Next 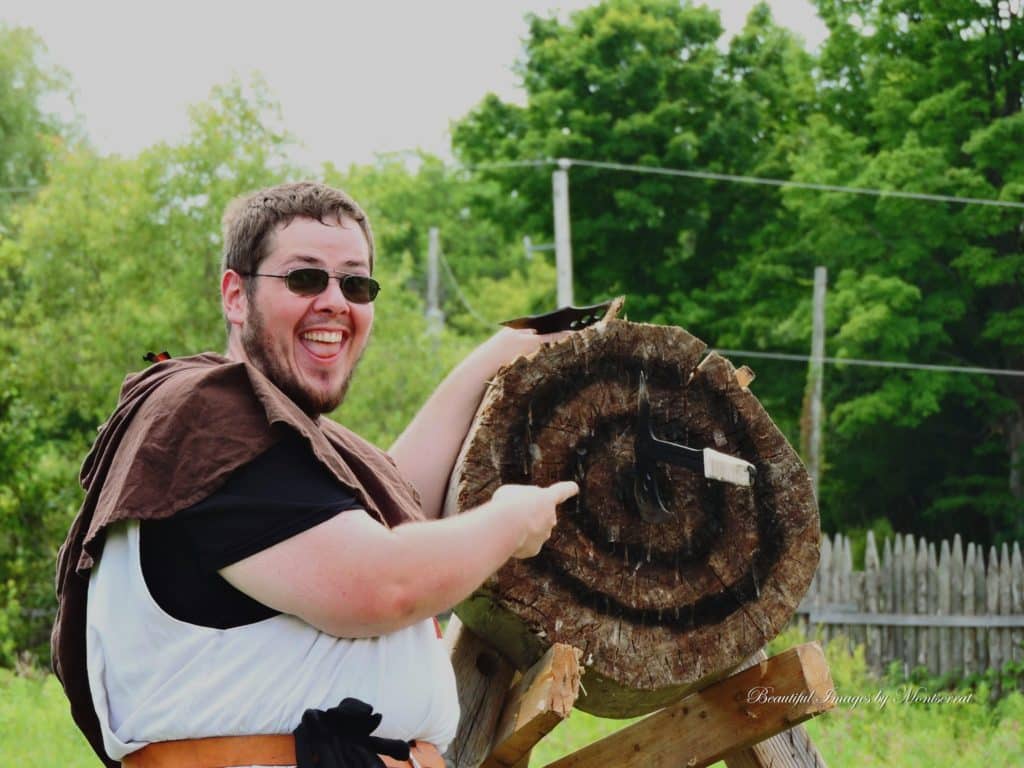 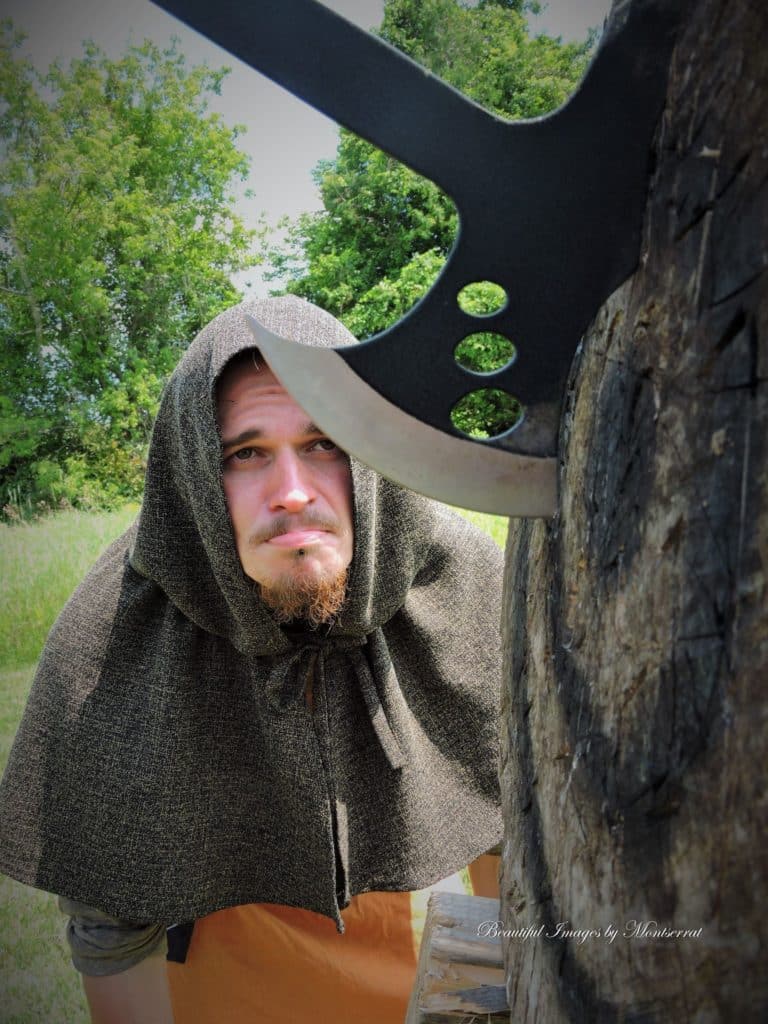 The History of Axe Throwing

The history of axe throwing is either very long, or very short, depending on who you ask. While it has only become popular as a recreational activity in the last decade, throwing axes have been used for war and hunting for pretty much as long as we have had axes (a very long time).

One of the more notable cultures to use throwing axes for combat are the Franks; a Germanic tribe existing in Europe in the Early Middle Ages. Their weapon of choice was the Francisca Axe – a particularly mean looking axe with an arch-shaped head. These axes were thrown in a volley immediately before hand-to-hand combat with swords, in order to break shields and disrupt the enemy line.

Another well known type of throwing axe is the Tomahawk. First created by the Algonquians before Europeans came to the continent, the Tomahawk was commonly fashioned from a stone attached to a wooden handle with rawhide. Contrary to popular belief, the original Tomahawk’s primary use was as a hand-to-hand weapon, rather than a throwing weapon. This is because the warrior was often left defenseless once it was thrown, and the brittle stone blade had the potential to shatter on impact, rendering it useless.

2022 reservations are now on open!

Face off against rival families in battles of wit and might to become king of the Throne Games.
More Details