A Clash Through the Ages

Cheer for your favourite warriors as they fight toward victory in this blood-pumping medieval combat tournament!

The Battle Knights Tournament is an awe-inspiring sword fighting spectacle taking place in The Venue – a Gladiatorial style hall in Peterborough, Ontario. The tournament is made up of sixteen fighters, each specializing in one of four different combat styles: SCA, HEMA, Vikings, and MACE. These fighters will enter the ring to test their mettle (and also their metal!) against their opponents to see who will come out on top. They fight harder when you cheer, so come give them your support!

Can’t make it to Battle Knights live? Don’t worry! Blades of Glory Patreon members of the “Knight” tier or higher have access to a live stream of Battle Knights, as well as recordings of all past tournaments. You can get into the adrenaline-fueled action from the comfort of your own home!

SCA
SCA warriors use specifically-made rattan weapons, which allow them to use techniques that would be too dangerous with steel. They regularly fight in group battles.
HEMA
This style is characterized by adherence to historical accuracy. HEMA warriors study authentic medieval sword fighting manuscripts when training.
Vikings
Using traditional Norse weapons, this style differs in that one successful strike to the head or torso wins the match. Viking combat is often a mix of quiet analysis and explosive attacks.
MACE
Blades of Glory's very own fighting style. This style is characterized by a lack of grappling and thrusting, thus placing more importance on parrying and swordwork.
Previous
Next 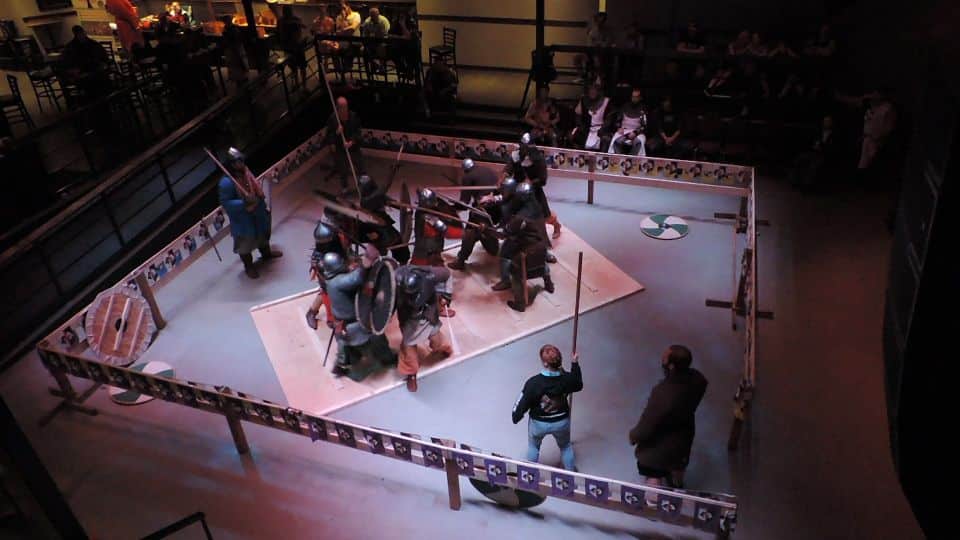 Do you have what it takes to ascend to the axe-throwing throne? Compete with your friends to find out.
More Details

Learn about and experience medieval culture through this immersive and exciting two-day festival.
More Details